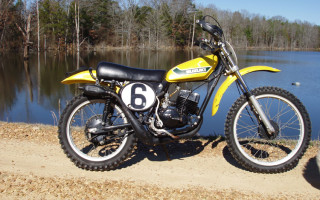 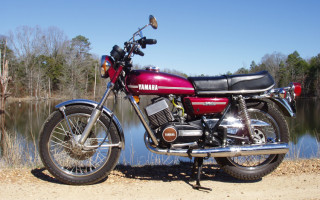 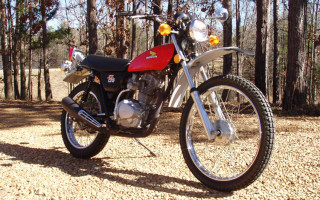 When Honda re-issued the 125 as a trail bike rather than a street machine, off road accouterments took the place of road trim. The high plastic front fender and mud flap come from the MT 125 two-stroke enduro. The rear fender is also plastic. The seat and Elsinore-style steel gas tank come indirectly from the […] 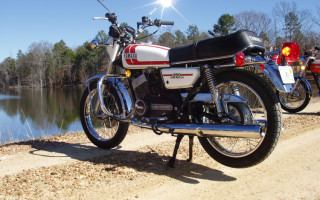 Yamaha’s policy of selling off the back of racing success is self evident with the introduction of the reed valve RD series of models. Introduced in 1973 to replace the popular YDS7 the engine sported the same 7 port barrel/piston assembly as the race engines, along with six speeds giving class leading performance, and when […] 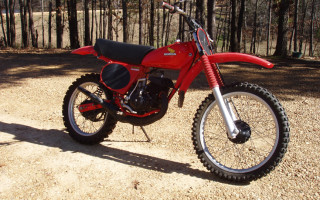 First announced in 1974, the CR125 Elsinore made an immediate impact in the Moto-cross world. Honda had carved their reputation in road racing with a series of exotic four stroke machinery, and had generally come out against two strokes. Honda got it absolutely right at their first attempt with the legendary Elsinore. 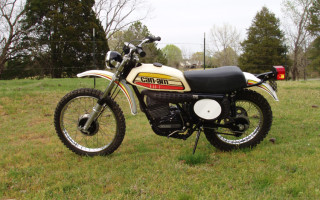 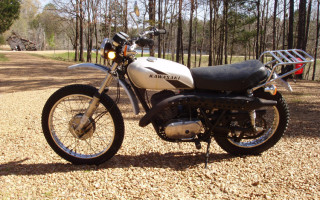 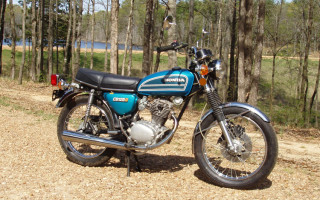 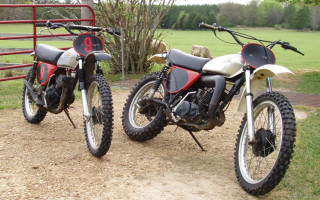 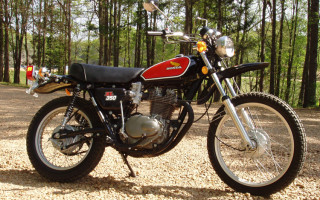 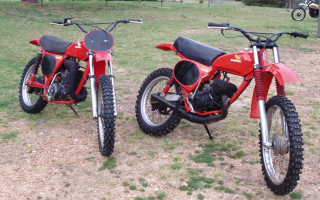 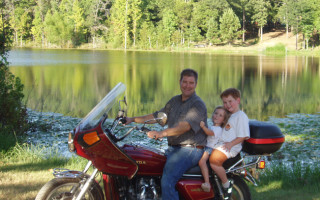